Hank Phillippi Ryan is the USA Today bestselling author of 13 thrillers, winning the most prestigious awards in the genre: five Agathas, five Anthonys, and the coveted Mary Higgins Clark Award. She is also on-air investigative reporter for Boston’s WHDH-TV, with 37 EMMYs and dozens more journalism honors. Book critics call her “a master of suspense,” “a superb and gifted storyteller,” and she’s the only author to have won the Agatha in four different categories: Best First, Best Novel, Best Short Story and Best Non-Fiction. Her newest is Her Perfect Life, a chilling psychological standalone about fame, family, and revenge. It received starred reviews from both Kirkus and Publishers Weekly, calling it “a superlative thriller.” B.A. Paris says, “Shocking, suspenseful… kept me guessing until the end.” and Julie Clark says, “You will read this in one sitting!” It is now nominated for the Agatha Award for Best Contemporary Novel. Her next is The House Guest, coming February 2023.

Hank is a founder of MWA University, host of CRIME TIME on A Mighty Blaze, and co-host of First Chapter Fun and The Back Room. Visit Hank online at HankPhillippiRyan.com, on Twitter @HankPRyan, on Instagram @hankpryan and Facebook at HankPhillippiRyanAuthor. 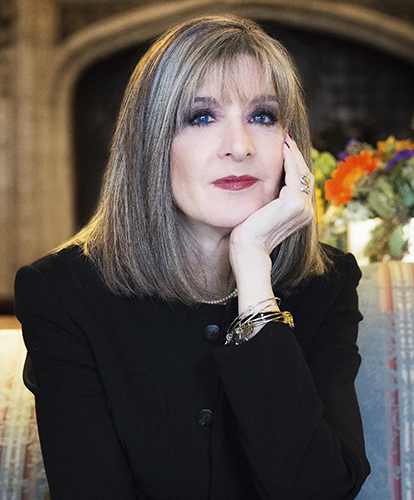 A USA Today bestselling author of 13 thrillers, Hank Phillippi Ryan has won multiple prestigious awards for her crime fiction: five Agathas, five Anthonys, the Daphne, two Macavitys, and for The Other Woman, the coveted Mary Higgins Clark Award. National reviews have called her a “master at crafting suspenseful mysteries” and “a superb and gifted storyteller.”

Hank’s newest book is Her Perfect Life (Forge Books, Sept. 14, 2021), a chilling psychological standalone about fame, family, and revenge which received starred reviews from Kirkus and Publishers Weekly, which called it “A superlative thriller.” Her Perfect Life is also now nominated for the Agatha Award.

Her next is The House Guest, coming February 2023.

Hank’s 2020 book is The First to Lie (Forge Books, Aug. 4, 2020), a standalone psychological suspense—now nominated for the Anthony Award for Best Novel and iconic Mary Higgins Clark Award. The Publishers Weekly starred review says “Stellar… Hank Phillippi Ryan could win a sixth Agatha with this one,” Sarah Pekkanen says “Book clubs will gobble it up” and Angie Kim calls it “a thrilling ride of dizzying twists and shocking revelations.” 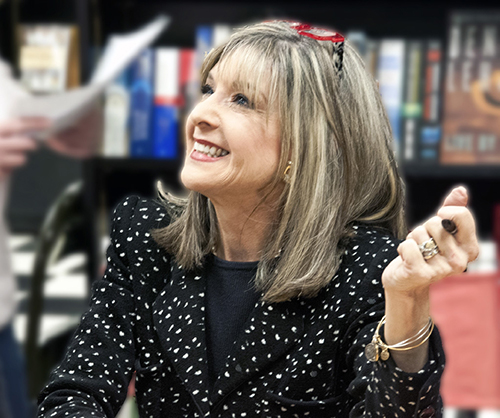 Her 2019 book is now in paperback, The Murder List is the Anthony Award winner for Best Novel of 2019, and an Agatha, Macavity and Mary Higgins Clark Award nominee. It was the only book to be nominated in both the Agatha best contemporary fiction category and for the Mary Higgins Clark and Macavity Awards. It was a CrimeReads Most Anticipated Summer Book of 2019 and a CNN Ultimate Beach Read. NYT bestseller Liv Constantine calls it “an exhilarating thrill ride,” A.J. Finn says, “exciting, explosive, relentless,” and B.A. Paris says it’s “her best yet,” and Library Journal starred review says, “Masterly plotted—with a twisted ending—a riveting, character-driven story.” Hank was also the 2019 Guest of Honor at Bouchercon, the world mystery convention.

Hank’s 2018 book was her first standalone psychological suspense thriller Trust Me, an Agatha Nominee. Suspense Magazine’s reviewer calls “By far one of the best thrillers I’ve read in years.” The Booklist starred review says “a knockout!” and New York Post, BOOK BUB, PopSugar, Real Simple Magazine, CrimeReads, Criminal Element and Writer’s Bone named it one of the Best Thrillers of 2018. The Washington Book Review also named it an Essential Novel.

The bestselling The Other Woman was the first in her Jane Ryland series (Forge Books, 2012.) It’s listed as a Best Book of 2012 by the Kansas City Star, the Sacramento Bee, Suspense Magazine, and The Boston Globe, won the prestigious Mary Higgins Clark Award, and was the only novel nominated for the Agatha, Anthony, Macavity, Shamus and Daphne awards for Best Novel of 2012.

Her 2013 novel, The Wrong Girl, had the extraordinary honor of winning the Agatha Award for Best Contemporary Novel and the Daphne Award for Mainstream Mystery/Suspense, and is a seven-week Boston Globe bestseller. Truth Be Told is the winner of the Agatha Award for Best Contemporary Novel—a landmark back-to-back-to-back nomination and back-to-back win—and is a Library Journal BEST BOOK OF 2014. It was also an Anthony Award nominee for Best Novel of 2014, an RT Book Reviews nominee for Best Suspense/Thriller of 2014, a Library Journal Editor’s Pick and RT Book Reviews Top Pick, with starred reviews from Booklist and from Library Journal, which raves, “Drop everything and binge read!” She won a second Agatha Award in 2015 for Best Nonfiction, as editor of Writes Of Passage, an anthology of essays by mystery authors, which was also honored with a Macavity Award and Anthony Award. Ryan’s novel What You See is an Agatha nominee for Best Contemporary Novel 2015 and an Anthony nominee for Best Novel 2015.

Hank won her third Anthony Award in 2018 for Best Online Content for the Jungle Red Writers Blog; she is a founder and contributor.

Her first four mysteries, beginning with the Agatha Award-winning Prime Time, feature Charlotte McNally, a Boston television reporter. Face Time was a BookSense Notable Book, and Air Time and Drive Time were both Anthony and Agatha Award nominees for best novel of 2009 and 2010. The McNally series is now available in all new editions.

An award-winning investigative reporter at Boston’s WHDH-TV and a television reporter since 1975, her work has resulted in new laws, people sent to prison, homes removed from foreclosure, and millions of dollars in refunds and restitution for victims and consumers. Along with her 37 EMMYs and 14 Edward R. Murrow awards, Hank has won dozens of other honors for her groundbreaking journalism. She’s been a radio reporter, a legislative aide in the United States Senate and an editorial assistant at Rolling Stone Magazine. Hank was a founding teacher at Mystery Writers of America University, and past president of national Sisters in Crime. She is the co-host of First Chapter Fun and The Back Room.

Hank’s first novel, the bestselling Prime Time (which won the Agatha Award for Best First Novel in 2007) is actually not her first encounter with publishing. That was in 1969, when she got a summer job as a proofreader, and read the entire Indiana Code of Laws out loud.

Hank began her TV career in 1975, anchoring and reporting the news for TV stations in Indianapolis and then Atlanta. She’s battled her way through hurricanes, floods and blizzards, wired herself with hidden cameras, chased criminals and confronted corrupt politicians. With ground-breaking reports including revealing mistakes in the 911 system that sent emergency responders to the wrong addresses, a failing jury selection system, firefighters given outmoded and failing equipment, corruption in the mortgage industry and unfair practices by powerful contractors, her hard-hitting journalism has changed laws and changed lives. She has also covered national political conventions, the NBA playoffs and the Super Bowl, and has interviewed newsmakers from Prince Charles to President Carter to Muhammad Ali. 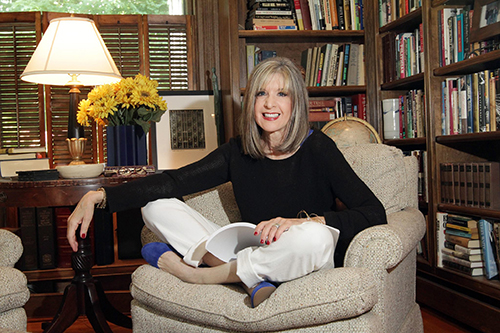 Hank grew up in the Indianapolis area and went to Western College for Women in Oxford, Ohio, where she majored in Shakespeare (and, she says, “minored” in “independent reading and listening to rock and roll records”). She also studied abroad at the International School in Hamburg, Germany.

Outside Channel 7, Hank has been on the advisory board of the Lyric Stage of Boston, a professional theater company. There, Hank founded the Lyric’s “First Curtain” program, which provides the full theater experience for underprivileged students with free tickets and theater education scholarships.

Hank lives in the Boston area with her husband, a nationally renowned civil rights and criminal defense attorney.

Writing. Publishing. Promotion. Inspiration. You need CareerAuthors.com. Check it out!